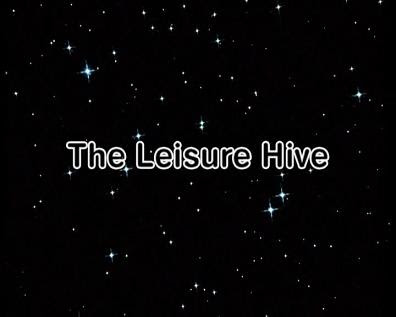 Doctor Who:
The Leisure Hive
By David Fisher

“Citizens of the old Argolis, today your lives will be irrevocably changed and the Hive itself transformed as we equip ourselves for the rebirth of this great planet.”

The Doctor and Romana want a peaceful holiday. Their first attempt hasn’t fared so well as they are on a beach in Brighton off season and it is cold and wet.  The Doctor knows of a place that they can go on Argolis where they specialize in holiday entertainment and relaxation.

While there they become a part of a takeover scheme by Pangol. Pangol is the child of the generator and the future of Argolis.  He plans on taking over and wants to bring Argolis back to their war like ways which incidentally cost them their planet as it is a radioactive rock and everyone is living in dooms.  That’s not all. Roaming around is the Foamasi and they are hunting for someone or something and to make matters worse someone isn’t who they say they are and is causing havoc with things.  All this and The Doctor is a victim of a failed time experiment which has aged him hundreds of years.  No problem for The Doctor and Romana its business as usual. 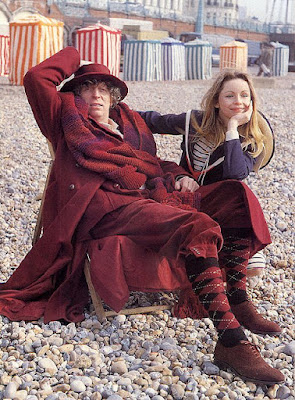 1980 a time of change a new decade which heralded in a new producer, a new script writer, a new opening sequence, a new outfit for The Doctor and amongst all the news a new direction for the show. Well The Leisure Hive heralds in all the changes and is the first story of the new direction for Doctor Who in season 18. 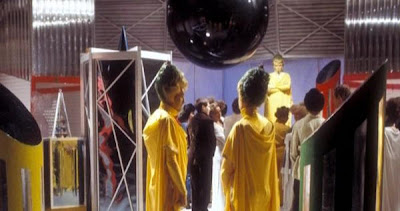 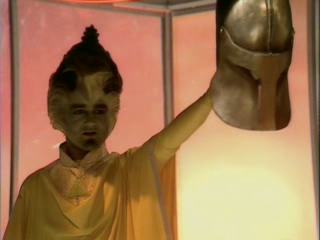 The story is not bad also.  If you remember The Leisure Hive is the one where the Fourth Doctor gets turned into an old man with a big white beard and everything.  It takes place on Argolis where the Argolians are in danger of becoming extinct.  After the devastation of the war with the Foamasi that left there planet barren and apparently the race sterile.  But Pangol, the child of the machine, has other plans and conquest is one of them. 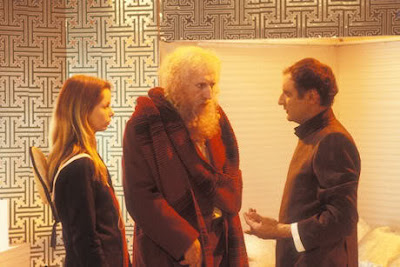 The Leisure Hive isn’t a bad story at all.  Tom Baker is still having a good time and he does have some good comical moments even though JN-T tried to curb him.   In fact Tom Baker is really good in this and seeing him playing an old man is pretty funny but he pulls it off pretty good.  His scenes with the Foamasi are priceless.  Tom Baker does a great job in The Leisure Hive and probably the last time he actually had fun filming Doctor Who. 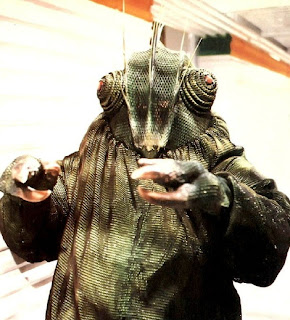 The Leisure Hive was a good story for Lalla Ward also.  She was given more to do as Romana and it was a joy to see that they used Romana’s smarts instead of being the damsel in distress.
It was good to see them utilize her more and have her forefront and have The Doctor be the one who needs saving.  Another thing that is a plus is that K-9 gets blown up by fetching a beach ball in the ocean. 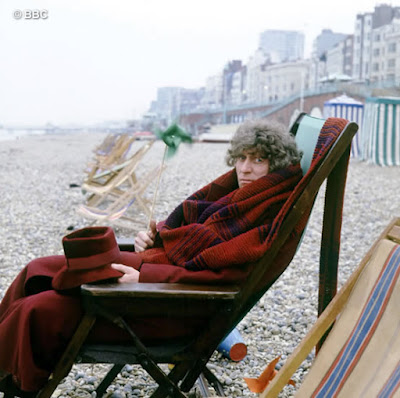 The Leisure Hive is a story that gets overlooked when fans discuss their favorite Tom Baker stories but is one that should get watched again and reconsidered.  Truly a hidden gem of the Tom Baker era and a fine start to Tom Bakers last season.
Grade B