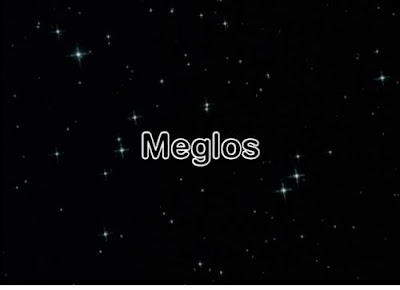 “Flies trapped in amber. Not even the Doctor can escape a chronic hysteretic loop.”

Meglos wants the Dodecahedron and he wants it in a really bad way.  He has intercepted a call from Tigella to The Doctor that there leader Zastor needs his help to solve their power problems.   So Meglos puts the TARDIS in a chronic hysteretic loop trapping The Doctor so he can take his place by posing as him.

Meglos succeeds for a while as he does manage to steal the Dodecahedron and causing the people of Tigella an immense crisis as they will only have 2 hours until their underground city loses all power and cease to function to support life.  When The Doctor and Romana do break free of the timeloop they get to Tigella to late as Meglos has already stolen the Dodecahedron and now The Doctor has been accused of stealing it.   Lexa is not convinced of The Doctors sincerity in claiming he was set up by a doppelganger and she thinks the gods need to be appeased by sacrificing The Doctor.  A lot on The Doctor’s plate this time as he must stop Meglos from creating an immense weapon of great power with the Dodecahedron. 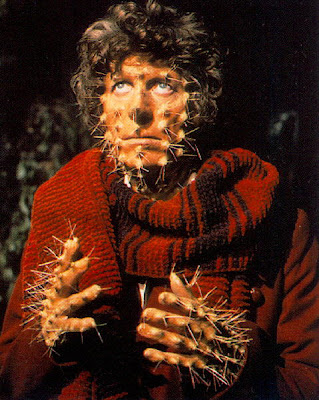 Every once in a while you come across a story that isn’t highly regarded or regarded at all and just enjoy it a guilty pleasure to put it mildly.  Well Meglos is just that for me. While season 18 had a lot of good and strong stories Meglos misses the mark and is considered to be the worst of the season.  It is a story with lots of faults as it is just an ordinary monster of the week story and this time the monster is a cactus.   Yes only Doctor Who can make an alien Cactus to be an evil doer and it actually works pretty well especially when Meglos takes on human form. 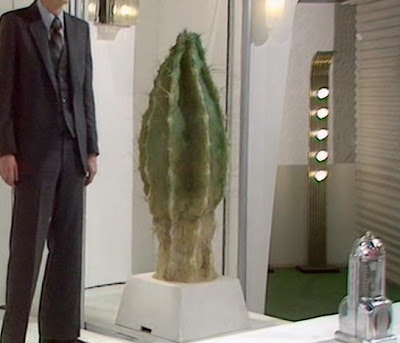 You know what? I like Meglos even though it is not the greatest of stories but after watching some of the pitiful stories from last season Meglos looks like a masterpiece.  I really enjoyed watching Tom Baker playing the villain.  It was actually pretty cool watching him being Meglos and going around being all evil.  It showed he could do more than being a silly and maniacal person.  Meglos gave Tom Baker a chance to show off his acting muscles and it looked like for the most part that he was enjoying himself.

Meglos had a feel of being like a story from the later part of Robert Holmes reign.  Not so much in a gothic way but more in the dialog as there was some pretty good dialog in this story.  It might just be me but I found some of the dialog to be pretty witty at times. 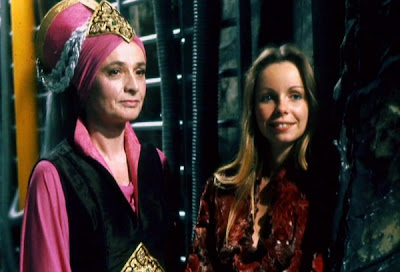 Meglos also saw the return of Jacqueline Hill who played Lexa in this story.  Fans of the classic series will know her as original companion Barbara Wright.  She was last seen in the show with 1965’s The Chase.  She played the religious minded Lexa and was really good in the role.  It was good to see the actress again as her portrayal of Barbara was one of the best and she was indeed one of the best companions.  It was a bit strange seeing her in Doctor Who and not being Barbara. 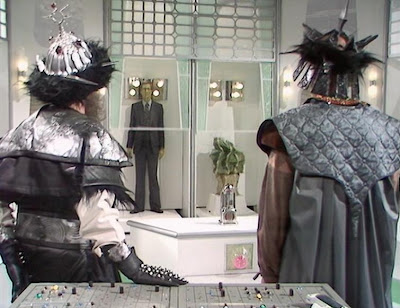 So is Meglos the greatest story? No, but it isn’t the worst story either but it is one that I like in a guilty pleasure kind of way.
Grade B