Doctor Who 50th Anniversary: Image of the Fendahl By @Paul_Bowler 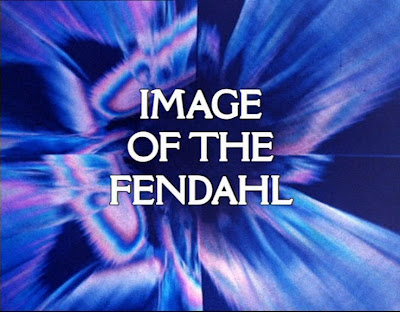 Doctor Who:
Image of the Fendahl
By Chris Boucher
Reviewed by Paul Bowler

" The Fendahl is death. How do you kill death? No, what happened was this. The energy amassed by the Fendahl was stored in the skull and dissipated slowly as a biological transmutation field. Now, any appropriate lifeform that came within the field was altered so that it ultimately evolved into something suitable for the Fendahl to use."

Dark forces are being unleashed at Fetch Priory as Professor Fendelman (Denis Lill) begins to conduct his time scanner experiments using a ten million year old skull that predates human civilisation. The skull is actually part of the Fendahl, an ancient entity that feeds on the life force of living things, which manifests itself through a single host to form a gestalt consciousness. As the skull begins to react to the scanner, glowing profusely in the darkness of the lab, a member of the Professors team, Thea Ransome (Wanda Ventham), slowly starts to become possessed by the Fendahl.

When the TARDIS detects the scanner the Doctor (Tom Baker) and Leela (Louise Jamerson) arrive on Earth and set out to explore the Priory, with the Doctor narrowly avoiding being consumed be the Fendahl’s presence in the woods while Leela befriends Jack Tyler (Geoffrey Hinsliff) and his elderly mother, the psychic Martha Tyler (Daphnn Heard). Together they attempt to stop Fendelman’s experiments, but they are too late to prevent skull transforming Thea into the Fendahl Core, where she turns on the helpless acolytes assembled by Maximillian Stale (Scott Fredericks) - another member of Fendelman’s team who has been plotting against him - transfixing them with her golden gaze before mutating them into the slug-like Fendahl creatures.

Together with the only surviving member of Fendelman’s team, Adam Colby (Edward Arthur), along with Jack Tyler’s help and Martha Tyler’s knowledge of supernatural forces, the Doctor and Leela fight their way down into the cellar, using canisters filled with salt to kill the Fendahl creatures and retrieve the skull form the alter. Thea’s transformation is now complete, Fendelman is dead, and the Doctor leaves Maximillian Stale with a pistol so he can kill himself rather than be turned into a Fendahl. As the Doctor and Leela escape with the skull, the Fendahl Core tries desperately to stop them as the time scanner begins to overload, but they are safe so long as they don’t look into her eyes. Everyone makes it clear before a massive implosion destroys the house and obliterates the Fendahl. The Doctor and Leela depart in the TARDIS to dispose of the skull where a star is about to go supernova. 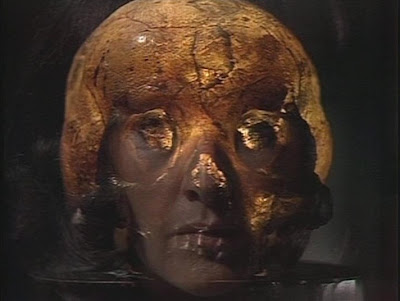 Image of the Fendahl is a terrifically spooky story by Chris Boucher. It brings to an end to the run of the gothic horror stories introduced by Philip Hinchcliffe and Robert Holmes, which had proved immensely popular during Tom Baker’s time as the Doctor, but was now something that was gradually being phased out by new producer Graham Williams. 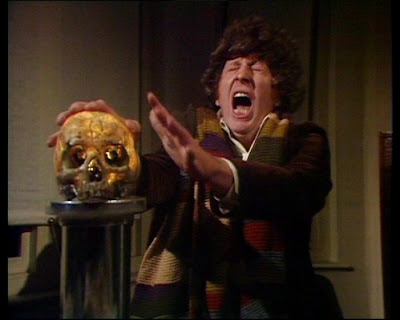 The concept of the gestalt entity of the Fendahl is fascinating, with the skull manipulating the events unfurling around it, gradually drawing all the pieces of itself together by utilizing the evolution of humanity itself to create a new Fendahl Core through Thea is incredibly clever. The horror on Professor Fendelman’s face when he realizes he has been used, that all humanity has been used, is one of the great moments that Doctor Who does so well. As is the scene where the Doctor discovers Stael kneeling helplessly before the Fendahl Core, knowing the poor wretch is already doomed as he has looked into her eyes, the Doctor still risks his life to get Stael the loaded gun so the man can at least be spared the horrifying fate of being transformed into a Fendahl. 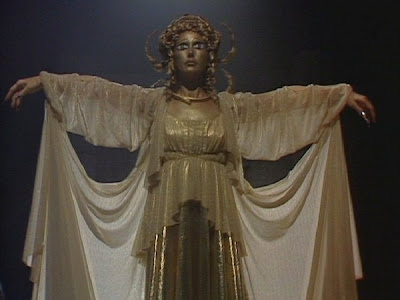 This is also a really good story for Leela as her unique hunting skills save the Doctor more than once. When he enters the lab the Doctor is unable to stop himself placing his hand on the glowing skull, and it is Leela who saves him. Later she also helps fight of the Fendahl with the salt canisters so he can get the skull out of the cellar, she even uses Jack Tyler’s shotgun to take out a Fendahl even though she is rooted to the spot in terror. K9 only appears in the opening and closing moments of the story, when the Doctor and Leela are in the TARDIS, as it wasn’t know at the time that the robot dog would be becoming a regular part of the series. 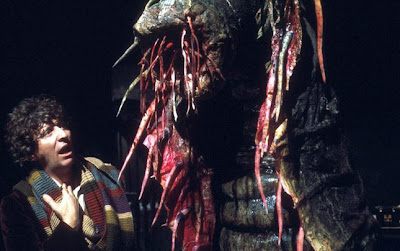 The guest cast are excellent, particularly Daphnne Heard as Martha Tyler, who steals the show as the wise old woman who reads the signs in tarot cards and sees visions of the dark forces that are gathering up at the Priory. These telepathic visions almost kill her, but fortunately the Doctor arrives in time to snap her out of her trance, with something as endearingly mundane as tea and fruitcake, but it is enough to save her from a terrible death.

Image of the Fendahl is superbly directed by George Spenton-Foster, who really builds up the creepy atmosphere right from the start, when a hapless backpacker becomes the first victim of the Fendahl in the mist shrouded woods. The special effects are also of a high standard, with the image of the skull cleverly superimposed over Thea’s face, and the Fendahl creatures themselves being hideous and slimy as they lumber from the darkness. Only the Thea’s final transformation disappoints a little as her eyes are clearly painted on, spoiling the effect a little. Image of the Fendahl is a really enjoyable story, and is one of my favourites from season fifteen.
Posted by DR5WHO at 7:00 AM

Email ThisBlogThis!Share to TwitterShare to FacebookShare to Pinterest
Labels: 4th Doctor, doctor who, Doctor Who 50th Anniversary, Image of the Fendahl, tom baker