Akira - seen it for the first time!

A very quick review from someone who finally saw this movie 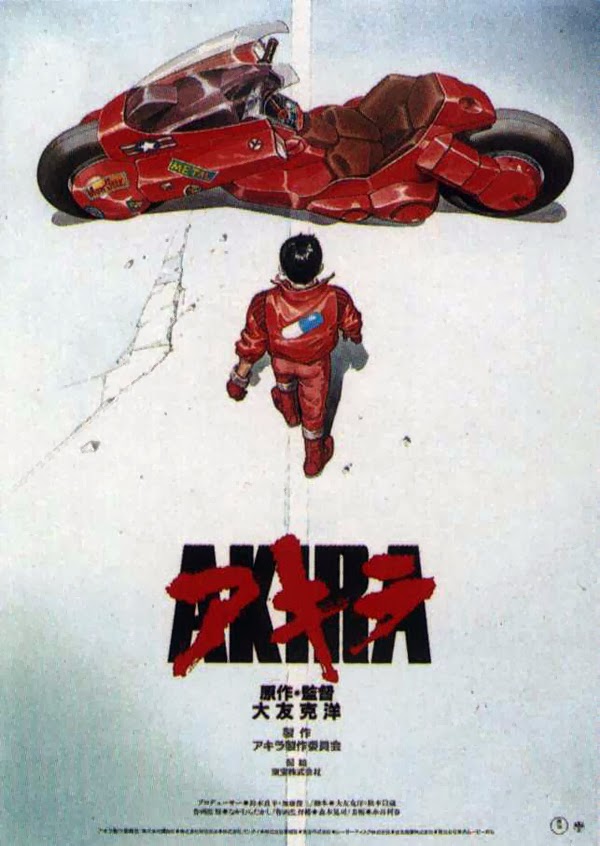 I watched Akira for the first time just this past weekend. This anime movie was on my list to watch for years but never even came close to watching it until I recorded it off Toonami in December. This HD presentation was pretty spectacular and while I prefer subtitles, the dub version was acceptable especially as I would be able to concentrate on the visuals. I love the visuals and the usual weirdness of anime, especially toward the end. The movie had an excellent story and was full of action. The characters are well defined and there is a small amount of humor which worked perfectly.

I love the whole style and look of the film and really enjoyed the animation in all its glory. I have not seen that much anime but am glad I finally caught this. To me this seems to be like most other anime of this type, complete with some kind of out of control power that grows larger and potentially will kill everyone. The cyberpunk setting was well thought out and I can imagine that all of this would have been incredible to see when it came out in the 80's. It holds up really well and it is a film I will most definitely re-visit at some point in the near future. I would be interested in a live action version but can see how an American could potentially be altered too much.

I am really surprised that there has been no sequel made.

Anyhow, if you get a chance to see this classic, groundbreaking sci-fi tale, give it a shot!