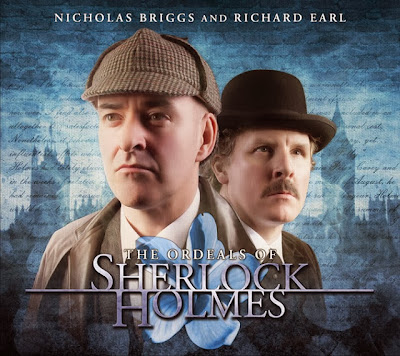 Big Finish continues its Sherlock Holmes line with a box set of 4 adventures.  Sherlock Holmes is played by Nick Briggs and Doctor Watson by Richard Earl.  You can order it now from the Big Finish website,
http://www.bigfinish.com/releases/v/the-ordeals-of-sherlock-holmes-box-set-918

Four decades. Four cases. One solution.
From the plains of Afghanistan to the alleyways of Victorian London, from the dark heart of the English countryside to the ruin of Europe after the Great War, join Sherlock Holmes and Dr John Watson in a quartet of astonishing new investigations which span their lifelong friendship – and beyond…