Keep an eye out for Real Humans

Real Humans (Äkta människor) is a Swedish Sci-Fi/Drama series that began in 2012 and is currently in the middle of its second season. The show delivers a realistic alternate reality where human like androids (Hubots) co-exist in society. Used as workers, companions, sex objects and servants, the Hubots are seen by many as a tool. They are treated like cars, just objects to be used and then traded in for a new model years later. Other people feel differently about the Hubots, caring for them and even falling in love with them. A small group of Hubots have been programmed to be a bit more human and actually believe they are living beings with their own dreams and loves. 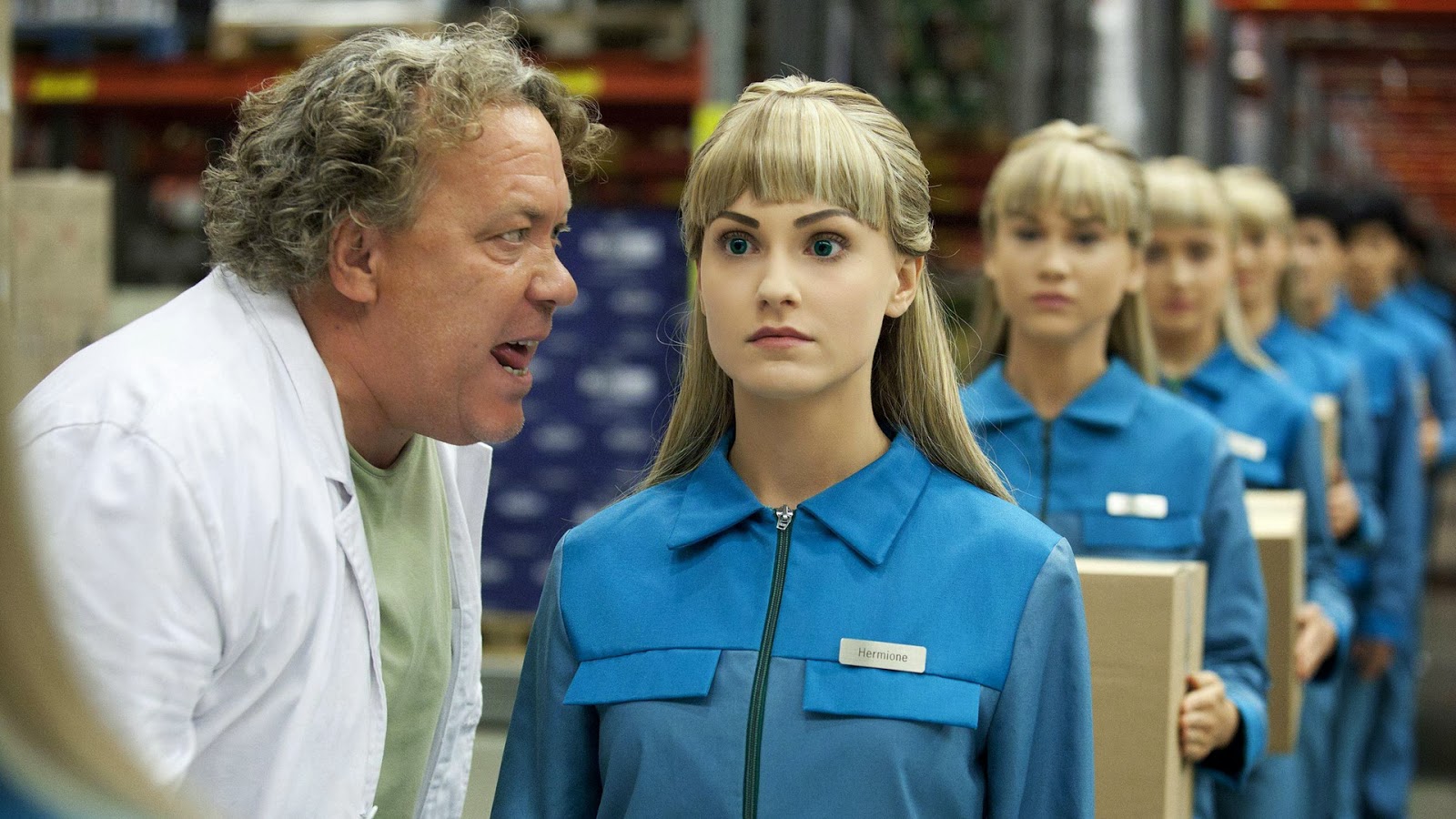 The 10 part first season examines some different aspects of this society. We follow the travels of the rogue Hubots who are in search for something. Then we have Roger, who's growing hate for Hubots at his work place and at home is endangering his marriage and getting him involved with terrorists. The Engman family just got their first Hubot, Anita but will soon learn that she is more than a normal servant Hubot. The police force, investigating Hubot related crimes and the government are also getting involved in the investigation of a set of murders in the area.

These separate stories become interlinked throughout the season as we get to know a variety of characters. The connection among the plot lines is full of coincidence that borders on ridiculous at times but certainly moves the story along. 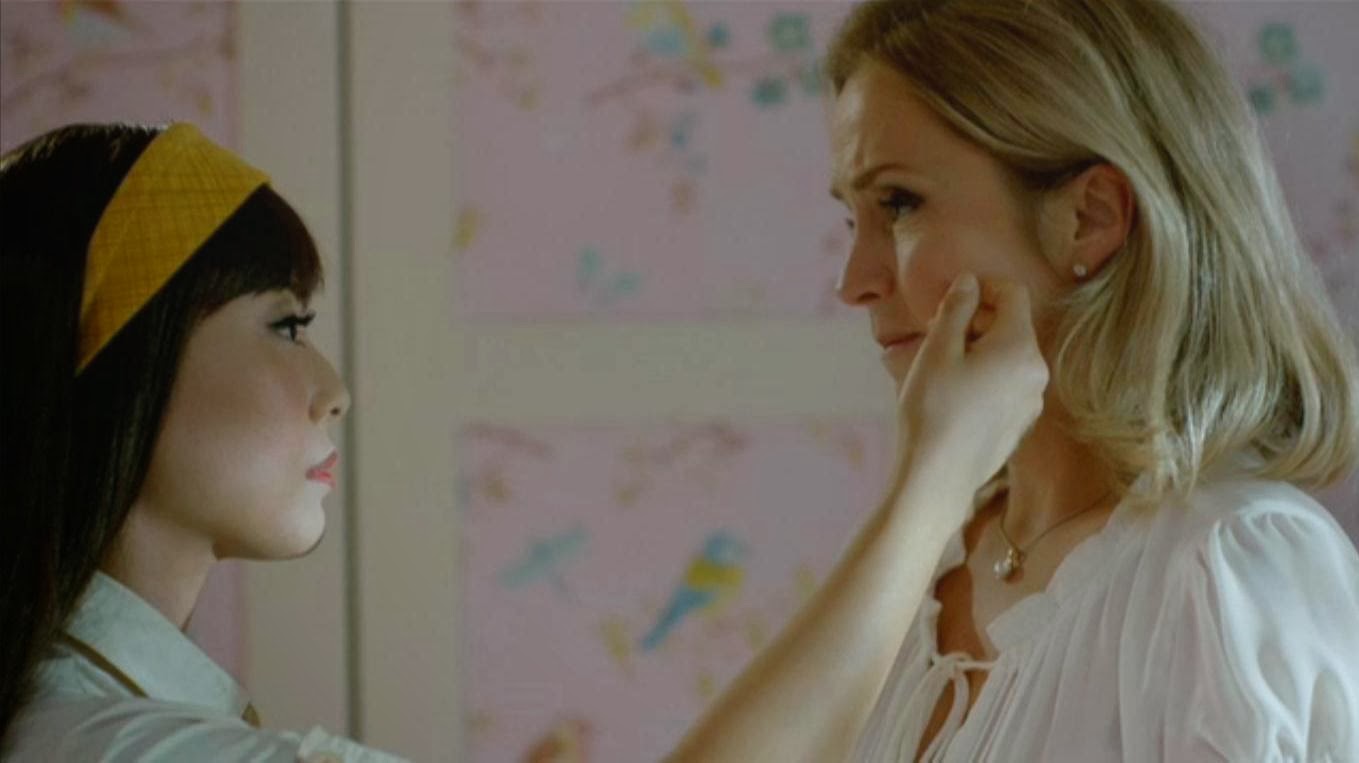 The themes of racism, technological advancement, life and death and slavery are weaved into the story giving us tons of real life parallels to compare to. The commentary on society and the various issues with machinery taking over and our relationship with people and how it changes with these new technologies are constant in the series. As time goes on throughout the series other issue are dealt with.

The series has been sold around the world but as with most good series created outside the United States, one can only imagine that it is only a matter of time before someone in the U.S. Makes their own version. Already Kudos Film & Television from the U.K. Is developing their own version. 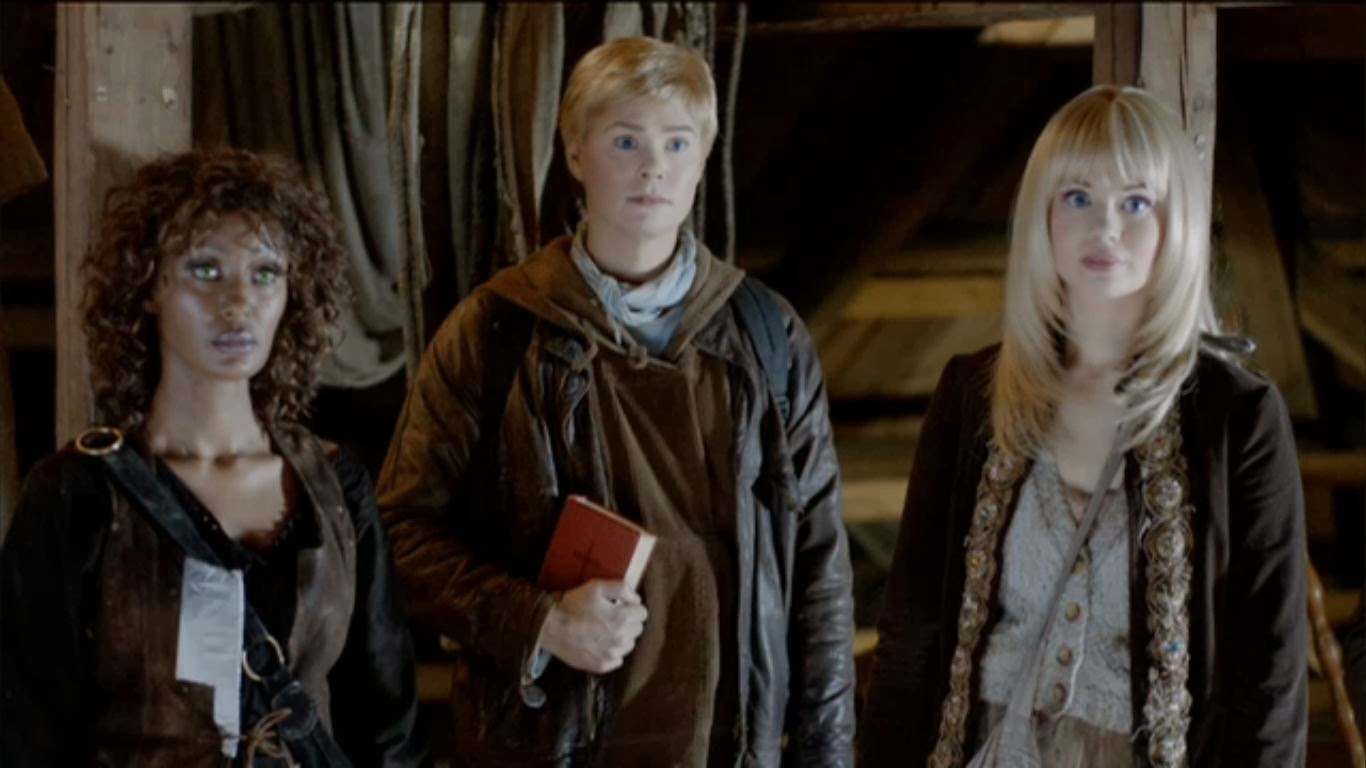 The series has been compared to the movies A.I and Blade Runner with lots of similarities derived from them for sure. The American series, Almost Human also seems to be a shallower version of Real Humans.


For now the series airs around the world but not in the US nor the UK but expect to see English versions on this show in the future and we will see if they can do justice to the excellent original Real Humans.