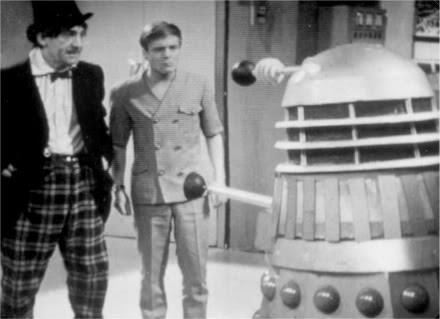 Remember just a few years ago getting Time Screen Magazine and seeing all those cool shows that aired in the UK?  No?  Since I was already a fan of Doctor Who and some other British shows, it seemed to me that the rest of the stuff would be all good but was going to be impossible to see.  At the time shows were slowly coming out on VHS tape but unless I found bootlegs of Time Slip or Doomwatch, I was out of luck. As an American I so badly wanted to see many of those.

Years later we have You Tube and now virtually anything is available to watch.  I have known this for years of course but unless I stumbled across something by accident, I rarely ever thought about hunting down these gems.

Recently I have begun a kick of watching some of these shows in researching for a future blog article (bets on whether I actually finish it) and I have been amazed on how much is out there.  You know how it goes.  you search for a particular show and find it, then as you are watching, something else catches your eye, then something else, then you recognize something from your childhood and then you search for something else and soon you look at your watch and 10 years have passed and you have forgotten what you were originally looking at.

How can I possibly have time to watch all this stuff?  Well, my mind has gotten good at deleting my memory in such a way that it is not much of a problem.  For example, I wrote earlier on about Doomwatch and that has gotten me thinking about that show (I have seen a few episodes).  By the time I finish this article and post it, I will have forgotten about it. 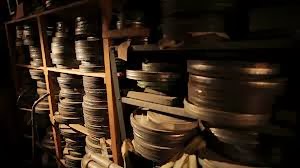 Of course there is another dilemma facing fans of British television. One that all fans are hoping is true - The big find.  If the rumors are even partially true, many many previously lost TV episodes are back and, with a little luck, some of them will be available for us to see, some for the first time, others, for the first time in 40-50 years.

The news that the BBC is working on a new online viewing website would probably be in response to this huge find of television history.  The BBC is not going to release all that stuff on DVD.  It is not going to happen.  Doctor Who fans will be lucky if they all get released.  The future of this material is mostly going to be online and if the BBC can come up with their own player, their own site and their own content, we could potentially
see much of this material for years to come.


I would expect that once the BBC's online product is in place that less and less material will be on You Tube.  That is fine, as long as the material is available for people to relive their childhood memories or discover and enjoy these gems from the past.

Email ThisBlogThis!Share to TwitterShare to FacebookShare to Pinterest
Labels: A is for Andromeda, doctor who, Doctor Who Marco Polo, Doomwatch, Fans, sci-fi