Doctor Who - Trial of the Valeyard Review (Mild Spoilers) 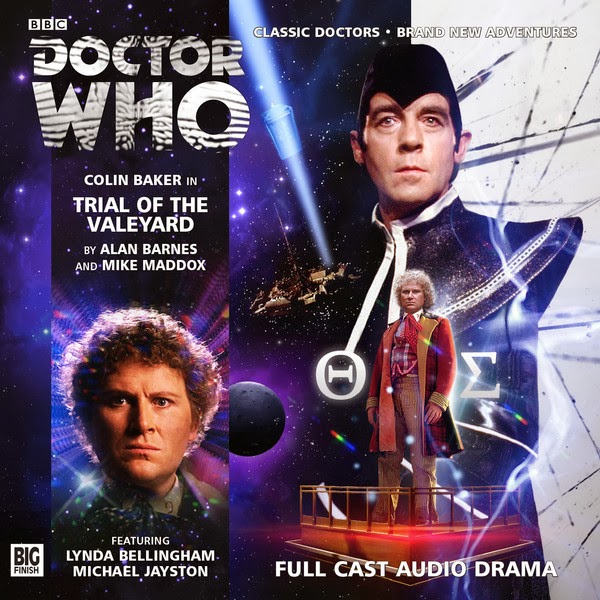 The Doctor is recalled to the courtroom space station of the Time Lords.  The Doctor wants nothing to do with another trial and bellows out his displeasure about being recalled.  He objects mightily and extremely loud to The Inquisitor that she bellows out in frustration for The Doctor to shut up.  Eventually he does and he stays quiet enough to find out why he was recalled.  It appears the person on trial is not The Doctor per say but in fact The Valeyard.  This revelation makes The Doctor happy and hopes he is found guilty and executed.  What The Doctor doesn’t realize is that he is not a witness but in fact he is The Valeyards defense attorney.  What ensues next is a mystery that The Valeyard wants The Doctor to solve that could have ramifications on Time Lord’s and The Doctor himself.

It turns out the mystery behind The Valeyard’s origin is a big mystery that the Time Lords would like to know.  It turns out that it could lead to immortality and they are really keen on getting their hands on it.  The Doctor is curious also but doesn’t want to know and doesn’t want the Time Lords to know.  This part of the story was really interesting and what really got me to really liking it.  Since Trial of a Time Lord we haven’t known much about The Valeyard except that he is the embodiment of The Doctors dark side between his twelfth and final incarnation. We don’t really know much about him and The Trial of the Valeyard gives us a hint more of who The Valeyard is and I really loved learning about that.

It was good hearing Lynda Bellingham and Michael Jayston return to the roles they made famous in Trial of a Time Lord as The Inquisitor and The Valeyard. Even though they are older and Trial was 28 years ago they did not miss a step and were able to recreate their characters like it was 28 years ago.  It was really like stepping inside a TARDIS and going back to that era of Colin Baker’s Sixth Doctor.  They did a great job as The Inquisitor and The Valeyard and their performance really makes this audio adventure that much better.  Trial of the Valeyard is truly a wonderful audio adventure that fits well in the 60 minute time frame that, well, went rally quick and made me want more.  So I’m hoping Big Finish gives more stories with The Valeyard going up against Colin Baker’s Sixth Doctor as the chemistry is really there and the stories could be really interesting.  A must have for Colin Baker Sixth Doctor fans.
Grade A
Posted by DR5WHO at 6:15 PM