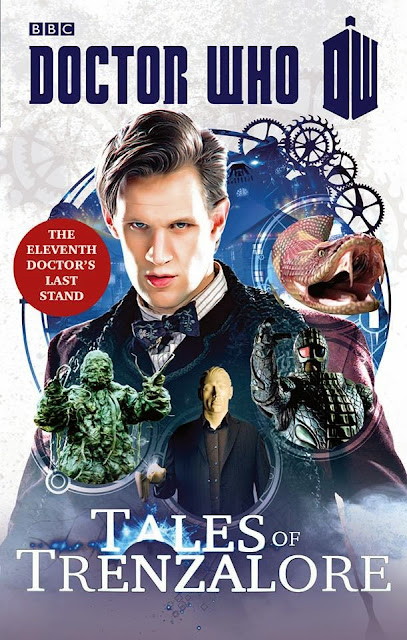 Here is an interesting eBook that is coming out in February and later as a paperback. it is about what The Doctor did while he was stuck on Trenzalore and fighting off the different invasions.

As it had been foretold, the armies of the Universe gathered at Trenzalore. Only one thing stood between the planet and destruction – the Doctor. For nine hundred years, he defended the planet, and the tiny town of Christmas, against the forces that would destroy it.

He never knew how long he could keep the peace. He never knew what creatures would emerge from the snowy night to threaten him next. He knew only that at the end he would die on Trenzalore.

Some of what happened during those terrible years is well documented. But most of it remains shrouded in mystery and darkness.

This is a glimpse of just some of the terrors the people faced, the monstrous threats the Doctor defeated. These are the tales of the monsters who found themselves afraid - and of the one man who was not.

(Tales of Trenzalore documents four of the Doctor’s adventures from different periods during the Siege of Trenzalore and the ensuing battle:

Email ThisBlogThis!Share to TwitterShare to FacebookShare to Pinterest
Labels: doctor who, Tales of Trenzalore