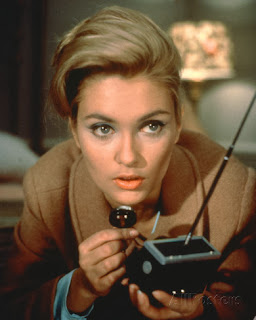 We on this site rarely do obituaries unless they are a primary Doctor Who celeb.  I felt though to include Alexandra as she may not be a very well known name.  She was in numerous TV series including The Saint, Randall & Hopkirk, Deceased and Absolutely Fabulous.  Her most famous role was probably that of Sharron McCready of the TV series The Champions which ran from 1968 - 1969.  She passed away at the age of 67, less than a year after her husband passed away.