The Day of the Triffids Remake 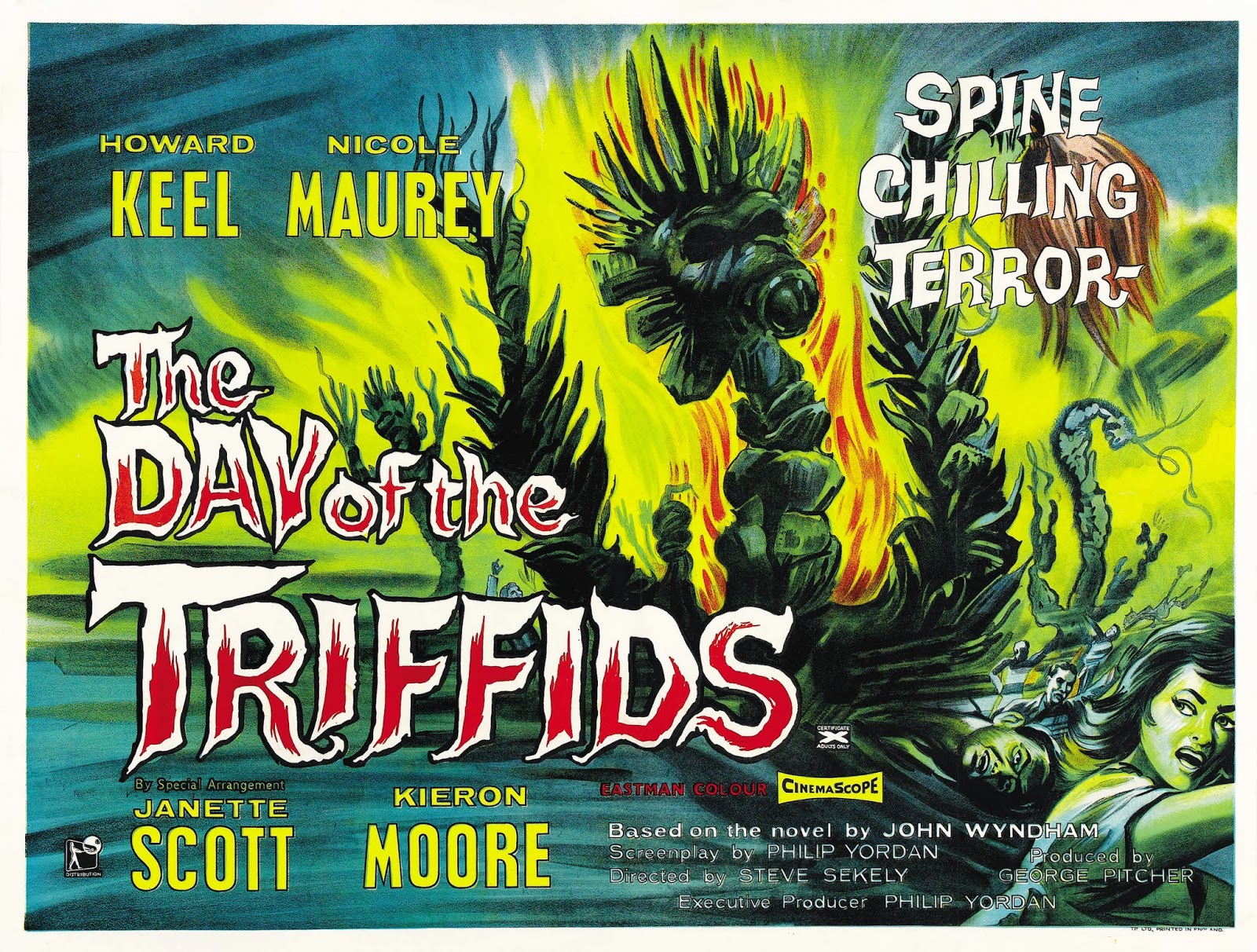 Mike Newell (Donnie Brasco, Harry Potter and the Goblet of Fire) will direct this adaptation of John Wyndham's 1951 novel. Neil Cross (Luthor, Mama) is writing this latest theatrical version of the story which features deadly plants on the rampage.  There has been a 1962 film version, with Carol Anne Ford (Susan of Doctor Who) in it, several radio plays and two TV series (1981 and 2009).

The original story always fascinated me as it wasn't just killer plants attacking people. A meteor storm hits the Earth, blinding the vast majority of the population.  Couple this with these  mobile tree like plants, and the concept is pretty creepy.

Email ThisBlogThis!Share to TwitterShare to FacebookShare to Pinterest
Labels: The Day of the Triffids