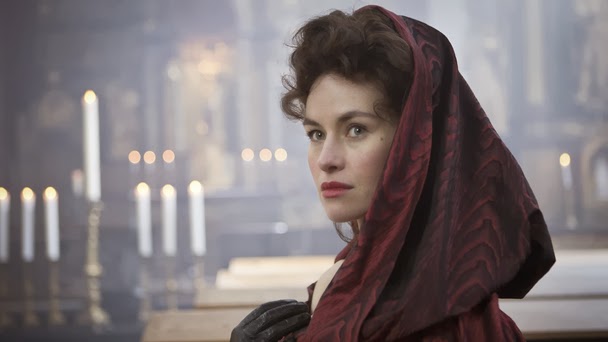 We continue with our journey with meeting The Musketeers cast and today we start with the central figures.  First we give you the interview with Maimie McCoy who plays Milady.


What attracted you to the role?

Milady! I read it from her perspective, and as a female presence, she is so incredibly powerful and has such a driving force of hatred and vengeance mixed with vulnerability, I thought that was particularly exciting. I also just loved the wit of the show and depth of the characters - I feel like you sort of hadn’t seen that before with other adaptations of The Musketeers. It was a whole new world, which seemed to leap off the page. The depiction of Paris in that time was very well penned, it had a real earthiness and a realness which is what I like watching and look for in scripts.

What was it like getting to Prague and seeing that world imagined?

Some of the locations were absolutely spectacular. We don't have those kind of buildings here in the UK, they just have such grandeur to them. The hallways and ceilings were just breathtaking, and they really add to that authenticity of the show - there are no wobbly sets! The set that was built at Doksany, which was half real and half set, was amazing - you could walk around the streets of it and you felt like you were in Paris. There was an extraordinary amount of detail that went into it. I shot one scene on top of a hill, and they had searched for miles to find this one particular tree and this one branch which was perfect for that scene. At first you think, surely we could have just used any tree - but it did exactly what it needed to do. That's a testament to the level of detail that came in from every angle.

Was there good camaraderie on set?

A huge amount - its what you always want to have but you never quite know if that’s what you are going to get. It's such a long time, and we are all there together - particularly the four Musketeers and the crew who were living there solidly for seven months. You have to have fun and get to know each other very well. You are thrown into this sort of little bubble which you exist in for that length of time so it’s a very shared experience. It's what I love about the job - I love that little team and family you create in whatever time period you have on set - its really vital. It really comes out in the show too.

Tell us a bit about Milady

She's quite ferocious as a character - fearless and incredibly feisty. She's very complex and deeply flawed but I like that complication playing her. She's quite a damaged creature. What I loved in the original novel is that there were a lot of animalistic references about her being a panther and a tigress when enraged. She is a survivor in the truest sense, she has nobody to rely on. She didn’t come from a family that was at all wealthy, she came from a completely poverty-stricken background, so is very damaged by the experiences of her childhood and being mistreated. It was a really tough world to live in, particularly as a woman if you weren’t married off and didn’t have a husband with money.  She's really clawed her way up into a very powerful but still vulnerable position working for the cardinal. He is still in control, but she has a great amount of influence over him, and is a great asset of his. She can never really relax because she knows that he can dispense of her - she's constantly one foot forward and has to have eyes in the back of her head - there’s a sharpness to her that she cant let drop, which makes her fascinating and formidable.

What do you think the Musketeers think of her?

A terrible and vile woman who is a murderer and contract killer! They see her actions as opposed to her background, so whereas I have to understand her to play her, they can't understand why she does what she does. They see she has murdered somebody or double-crossed somebody, but don’t see any reasoning or any motives behind it - she's certainly not liked by them.

What do you hope the audiences get out of the show?

A great sense of fun - there is a whole world full of wit and playfulness. Mainly I want them to see it that world has a danger to it - the reality of existing there is hard, but also to get that sense of adventure. I think people are going to feel very strongly for characters - that's going to be quite interesting - who they will love, who they want to get together. There is so many dark undertones that make it such a rollercoaster - a really three-dimensional show that has a lot of levels.
Posted by DR5WHO at 8:58 AM