Here is the BBC America press release heralding the news that filming on the new Peter Capaldi series has begun.  Of note is the fact that Phil Ford will  be writing the second story in series 8 and he is noted for writing the David Tennant story The Water of Mars and the animated adventure Dreamland and for overseeing The Sarah Jane Adventures and Wizards Vs Aliens. 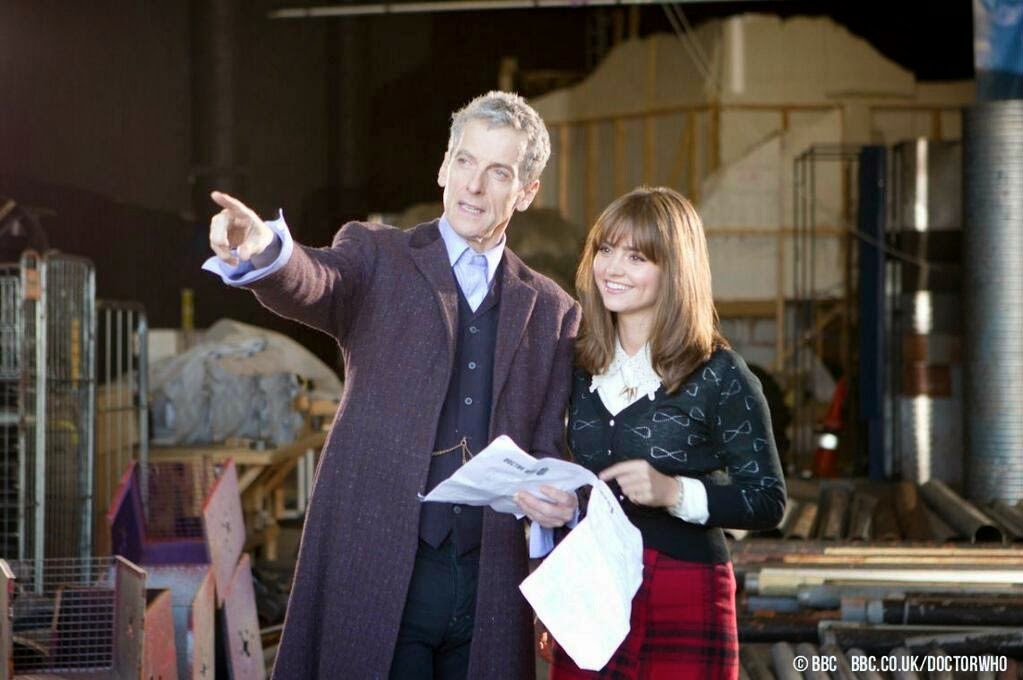 On the heels of the Doctor’s recent regeneration, BBC AMERICA has released the first image of the Twelfth Doctor, Peter Capaldi (The Thick of It), who stepped on set today for his first full day of filming for season eight of the hit series. Capaldi made his first appearance as the Doctor in the show’s 50th anniversary special, The Day of the Doctor, before formally taking over the iconic role in the 2013 Christmas special. Starring alongside Jenna Coleman (Death Comes to Pemberley) as companion Clara, Capaldi will next appear in season eight of Doctor Who, which premieres later this year.

Arriving on set in Cardiff to begin filming, Peter Capaldi, said:
“New job, first day, slightly nervous. Just like the Doctor, I'm emerging from the TARDIS into a whole other world.”

Steven Moffat, Lead Writer and Executive Producer, added:
“First the eyebrows! Then, at Christmas, the face! Coming soon, the whole Doctor. In the Cardiff studios, the Capaldi era begins.”

The first episode of season eight is written by Steven Moffat with the second episode penned by Phil Ford. These are the first episodes Peter will shoot and are directed by Ben Wheatley. Filming is taking place in Cardiff until August 2014. Doctor Who is executive produced by Steven Moffat and Brian Minchin, and produced by Nikki Wilson and Peter Bennett. It is a BBC Cymru Wales production.
Posted by DR5WHO at 7:09 PM

Email ThisBlogThis!Share to TwitterShare to FacebookShare to Pinterest
Labels: doctor who, Doctor Who Series 8, Peter Capaldi