Star Wars - Are We Closer To A Boba Fett Movie???? 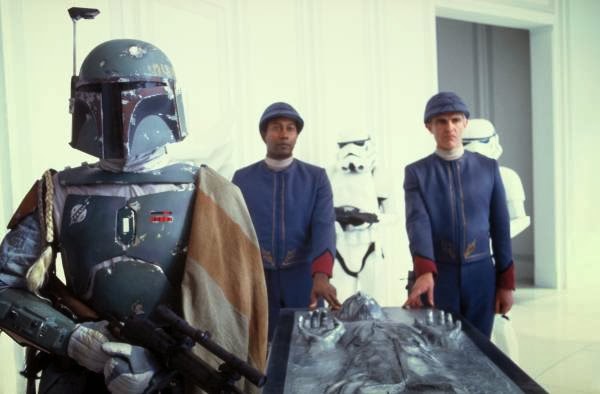 Aint It Cool News has an interesting article up that says that one of the Star Wars offshoot movies is actually going to be about Boba Fett.  Now they are saying it won't be about young Boba Fett but deal with the Bounty Hunter.  The article also states that Lawrence Kasdan will be writing it.  Kasdan has been busy writing the new movies and he is best known as the writer of the best Star Wars movie "The Empire Strikes Back".   This news came out from a podcast where Cartoon Network director John Schnepp claims that he knows for certain that Boba Fett movie is coming.  If true this would be good news as these one off prequels were rumored to feature a movie featuring Yoda, Han Solo and Boba Fett.  Seems like Star Wars fans have a lot to look forward to. You can read the original article here.