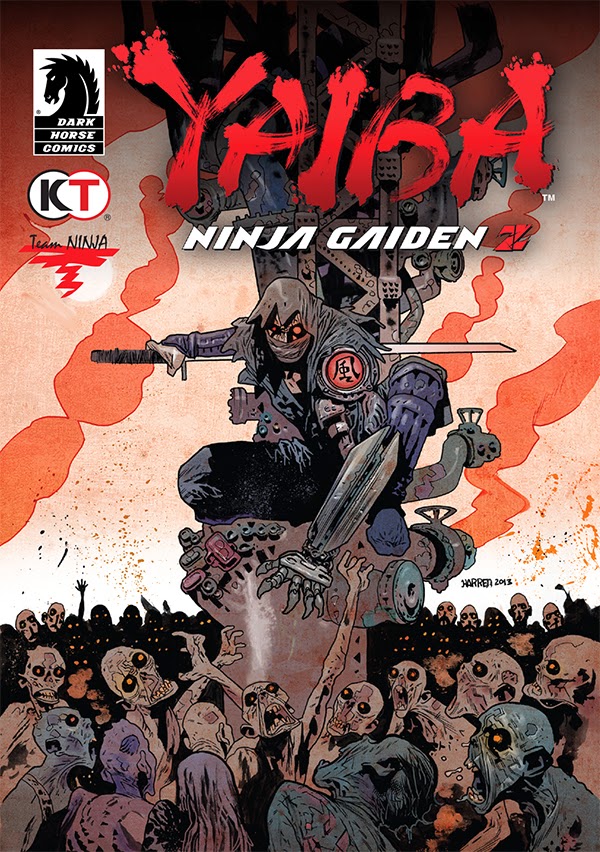 Team NINJA and Dark Horse Comics today launched the three-part YAIBA: NINJA GAIDEN Z digital comic series, providing insight into the backstory in three revealing vignettes. Yaiba takes a break from slaughtering zombies in the debut issue to tell the tale of how his often bloody sword became to be known as a Heartless as he recounts the story to Miss Monday. Initially released digitally with an all-new full color print comic to be available with the game, as it launches on its newly confirmed North American release date of March 18, 2014, the series is brought to life by Writers Tim Seeley and Josh Emmons, Artist Rafael Ortiz, Colorist Carlos Badilla with special cover art by James Harren. The comic will be available for free download at the Dark Horse Digital Store, www.digital.darkhorse.com, as well as through the Dark Horse Comics app (available through iTunes & Google Play). The comic can be found at: https://digital.darkhorse.com/profile/4128.yaiba-ninja-gaiden-z-1/

In YAIBA: NINJA GAIDEN Z, players will battle fierce zombies as Yaiba, a cyborg ninja who will do anything to get revenge and stay alive. Cleaved in two, he is brought back to life with cyber-technology. Brandishing his ninja sword and the mecha weapons in his cyber arm, he slaughters zombies with brutal, over-the-top abandon. Step into a stylized living comic book where stunning graphics depict a world gone mad. Hordes of undead can only be stopped by Yaiba's willingness to use any means necessary to get the job done. Will he kill by turning his cyber arm into a razor chainsaw for slicing up undead”or just rip off an opponents arms to use as zombie nunchucks? Both possibilities fill Yaibaâ's heart with twisted laughter in this collaboration between famed developers Team NINJA and comcepts Keiji Inafune.

More information about YAIBA: NINJA GAIDEN Z can be found at www.YaibaNGZ.com, on Facebook at www.facebook.com/YaibaNinjaGaidenZ and Twitter https://twitter.com/YaibaNGZ.