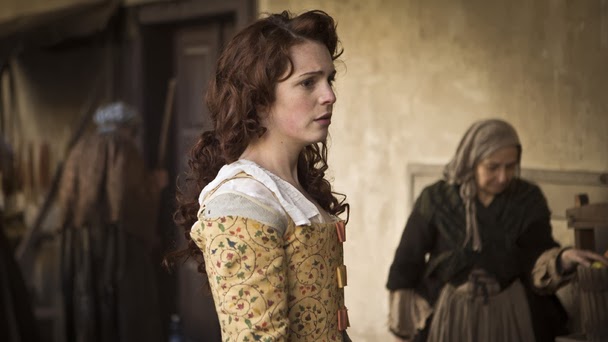 The second interview is with Tamla Kari who plays the cloth merchants wife who is looking for excitement.  The Musketeers airs Sunday on BBC.


What attracted you to the Musketeers?

I thought the script was fantastic. Something really different to what was currently on the TV and also a character that was completely different to what I'd previously played. A big thing was that the female parts were so strong which is rare in this industry.

What preparation did you do for the part?

Well I'd already seen the film version starring Oliver Reed but after finding out I'd got the part I purposely didn't watch any other versions of the story. I didn't want other people's performances to affect my interpretation of the part. I read the Dumas novel to gain an insight into the Musketeers' world and researched the era in which the story is set.

Tell us a bit about your character?

Constance Bonacieux is the young wife of the town's cloth merchant. Her life is comfortable but void of excitement and happiness. She becomes involved with the Musketeers and this all changes. You see the true Constance. She's feisty, intelligent and passionate. She really holds her own against the boys and you wouldn't mess with her. Despite all this, underneath there's a massive vulnerability. She has a beautiful soul and is completely selfless.

What is Constance's view of the Musketeers?

She keeps them in check. She knows they can cause a bit of trouble but ultimately she knows they are good guys and trusts them 100 per cent. She has a particular soft spot for D'Artagnan...

Do you think you would have enjoyed life in 17th Century Paris?

Absolutely not. Wearing a corset everyday? No ta. Also everyone would have stunk!

What was your favourite scene to film?

I think it was probably the first scenes I filmed. It was from episode one, where Constance has to pretend to be a prostitute. It was night and -10 with snow on the ground. I've never been so cold in my life, but it was so exciting. The surroundings were stunning and I got to fire a gun!

What do you hope the audience get from the show?

I hope it appeals to everybody. It's a drama that everyone can enjoy and it's something very different to what is being shown on other channels. It's dark, gritty and edgy but is also funny as well.
Posted by DR5WHO at 2:06 PM